"As my sister’s guardian, I can relate to how it feels once a person with a disability graduates from high school and tries to find a ‘place’ in the community. I think Alternatives can fill that void."

Chrissy grew up in Farmingdale, NJ where she enjoyed trips to the beach, camping and fishing with her family. She competed in shot put for the Special Olympics, and after graduating from High School, Chrissy enjoyed working at the local movie theater where she excelled.

Chrissy was eager to spread her wings, so when an apartment became available with an organization that provided housing for people with special needs, Chrissy and her family decided she would try living independently. This was a time of highs and lows. The apartment was beautiful, but it was far away from the job that she loved. Chrissy worked hard at maintaining her apartment, but it was difficult, and the transition without supports became too much for her.

Fortunately, in 2011, Chrissy and her family learned about Alternatives. She moved into an apartment that was the right fit and provided the help she needed to take care of daily activities. Best of all, she was working again, adopted a cat, and participated in social activities.

Chrissy lived in the Somerville/Bridgewater area for the next 8 years. She moved as her needs and preferences changed, and Alternatives’ staff helped her to set up her new place, and to get into a routine. While this was a good experience for Chrissy, over time, she began to feel that living in her own apartment was lonely, and she needed the support of a different living arrangement.

Having people around would provide company and would help Chrissy complete her daily activities. Chrissy now lives in a very new Alternatives’ group home with three housemates. The staff are more involved with things like preparing well-balanced meals and encouraging participation. Chrissy attends a day program that she loves! She looks forward to riding in the van, listening to music, and working in the garden near Liberty State Park.

Life during the pandemic has been difficult, but Chrissy’s family considers themselves lucky that her home has an outside deck where they could safely visit when guidelines allowed. During this time, Chrissy and her housemates have enjoyed activities in their home, watching LOTS of movies, and going out on Dunkin Iced Tea runs! Her family organized Zoom calls, remote bingo games and sent packages to keep Chrissy feeling engaged and included in her family. 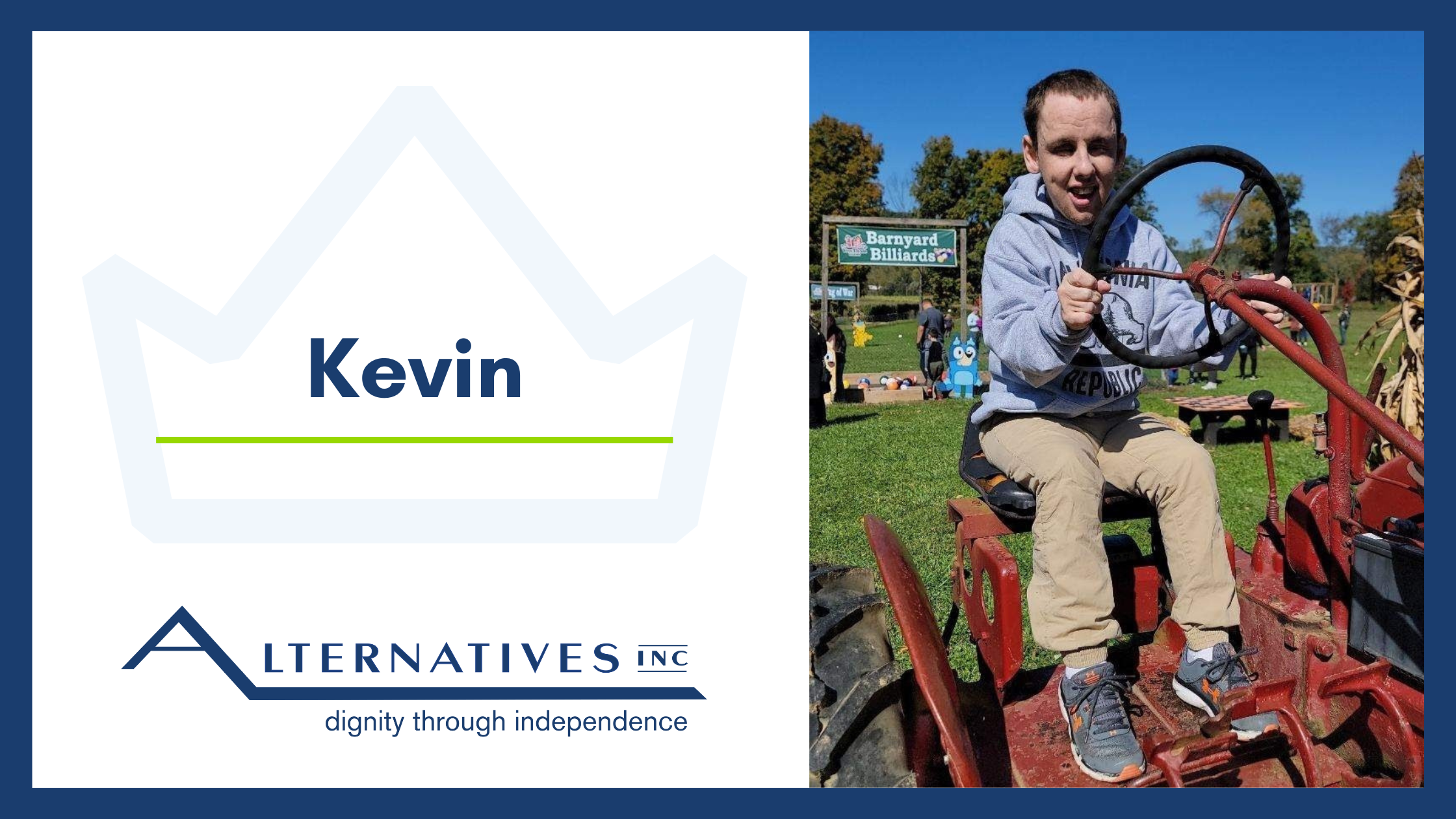